I don’t discuss writing on this blog on purpose. Simply put, I’ve reached a point where I no longer need to justify my process. I just do things and make shit up as I go, and that’s enough to get me publishable stories. Better to leave a few things behind the curtain. And honestly, I think either a blog can be for the readers, or for other writers, but probably not both.

But today, I want to look back at something i’ve done, for teaching and perhaps motivating other writers who happen to be reading this.

I’ve written fiction, non-fiction, and journals. Science fiction, fantasy, erotica, sweet romance, mystery. I have numerous unfinished projects that may never see the light of day. I finished some stories I’m no longer proud of. Some days I write as little as 200 words. Other days I can do 5,000 words (that’s rare). In all that time I’ve taken classes, started a new job, travelled, dealt with depression, had bad times, and had good times. Not once have I missed.

At this point, it will take a major life crisis or major event to break this streak. Writing is a solid habit for me now. My day isn’t complete until I’ve written something.

In 2015, I wasn’t writing nearly as much as I wanted to. I very badly wanted to make a living on fiction, and I knew the dream would die if I didn’t actually do so. Calling that a crisis of faith is not hyperbole—I really thought through what other skills I have and what kind of careers I might be able to enjoy. I’d wasted too many years telling people I’m a writer, and had nothing to show for it. A scattering of small publications, no money, nothing but stubborn pride. The pride wasn’t enough to make up for the rest. I needed to do something, to write fiction, or move on with my life. That was the choice. It’s still the same choice to this day.

The turning point for me what reading Break Writer’s Block Now! by Jerrold Mundis. If you’ve never read that one, go buy a copy. Well worth the money. Out of that book, I developed a plan to write more. The plan fell apart pretty quickly, after maybe a week or two, but the daily habit stuck with me.

First, in January I learned my boss at the day job was being laid off. Talk about having the rug pulled out from under my feet. She was the main reason I stayed on that job. She made an otherwise blah job bearable, and even fun. Things have settled down a bit, not as bad as I feared and worried about, but definitely not the same anymore. But I was angry and upset, and that affected my writing speed.

And then in February, the woman I love broke my heart. I did everything in my power to reach out to her, and got silence in return. I’ve spent the last month crying. For awhile, I had to make up shopping errands to do, otherwise I’d just sit around the house and cry. If I could wish for anything in the world, I wish to talk things out with her. But I don’t know if I’ll ever see her again. And that hurts like hell, and again affected my writing speed.

What is my speed lately? About a page a day—200 to 300 words per day, assuming a standard manuscript format. That was all I could handle during the last two months. And for those who understand how word counts work and are wondering how I managed a new short story per week… Well, seven of the stories were from my productivity streak from October to December of last year, when I published maybe half of the short stories I actually wrote. So those things were being brought out into the light of day somehow.

And no worries if I can’t finish more stories. I have a lot of published stories floating around out there. Not counting a few stories I no longer care for, I have enough in my catalogue to post a story on this blog for five months without ever writing anything new. Hope it doesn’t come down to that.

But writing speed be damned. Through that double whammy of losing both a boss and a girlfriend, I’ve still produced fiction. For a little perspective, on day 901, I decided to write fiction every day, because in November I was writing too many stupid emo journals. I wanted to make it to a hundred days straight of fiction, which I’ve now done. Plus I had the streak of publishing a short story every week so far this year, and posting them on this blog. To hell with bosses and lovers… I have streaks!

That’s really how I operate. I don’t do well with deadlines, because my self-imposed deadlines fall apart. Challenges work for a time for me, and then my short attention span forces me to some other challenge. Streaks do it all me. I’m focused on continuing this silly thousand-day-plus streak, and that keeps me going. I didn’t set out to write for a thousand days. I just wanted it to last for more than ten days in a row. And then more than a month. And then a few months. A year later… Two years later… And here I am.

It comes down to a daily choice. And I’ve made this choice so many times now, it’s almost (but not quite) automatic. I can tired and my skull filled with cotton, and maybe it’s 11:30 at night (long past my bed time), but I’m still going to write for ten minutes. Heck, I managed to write during the Black Friday event, which this year for me started on Thanksgiving. So I had the holiday with my family, went to work at 6 p.m., and still found time to write. And did it again on Friday, despite being weary and having zippo ideas on what to write about. It was a choice, I chose to be a writer above all else, even when my focus is not truly on writing. A thousand days is plenty of time to have both ups and downs and everything in between.

I didn’t feel like writing on several of those days.

But I did anyway.

A few attitude shifts help: 1) make writing fun, 2) don’t over-edit (unless you like editing, but I don’t), 3) consider everything you do a practice session.

When I sit down to write an erotica, I get to make up a story about how two people hook up and have sex. Seriously, that’s my job description… I write about people bumping uglies. What could be more fun? Writing is fun. Not necessarily fun to learn, but once you have down the basics of good storytelling, you can fly with it.

John D. MacDonald said something to the effect of “you have a million words of crap in you before you can write a publishable novel.” And you know, he was right. Things are different on the other side of the million word mark. I can do things in fiction I never thought possible, because I’ve had the practice of a million-plus words.

I’m a nobody, folks. No super-powers here. Nothing special, no child prodigy, no trophies earned. I’m just another bloke trying to make ends meet.

I got here because of a thousand choices.

If you want to be a writer badly enough, you can make those choices too. 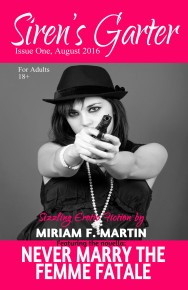 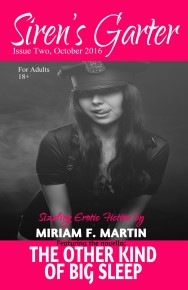 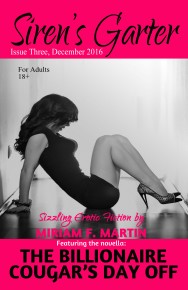 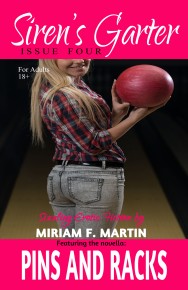 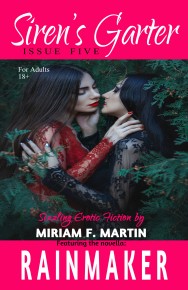